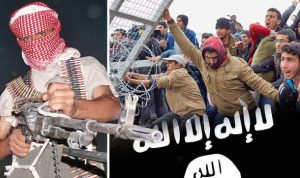 The European Union’s (EU) attempt at tackling people smuggling is failing and the terror threat remains high, the executive director of the bloc’s border agency has warned.

Speaking to the European Parliament last week, he also warned that undetected arrivals of migrants from Algeria and Tunisia presented a “security concerns”.

The terrorism threat “remains high and we must be certain that there are no frontier crossings to the EU that are not intercepted, as this would be to the detriment of European security”, he said.

As a solution, however, he called for the EU rather than the nation-state to take more power in the fight, urging a “more integrated” approach to border control.

Although landings from Libya have decreased, official estimates show those from Tunisia are rising. Overall, “arrivals were 62 percent less than over the same period last year”, Mr. Leggeri explained.

In 2017, the number of migrants entering Spain doubled, with around 21,000 unauthorised arrivals, most of them coming from Morocco, Algeria, and Guinea.

In February, Mr. Leggeri told reporters that, this year, “the irregular migration pressure on the southern borders in the Mediterranean will remain at a very high level”.

In a statement put out last week, Frontex explained much of the new trafficking was coming from “Sub-Saharan Africa, particularly from countries in West Africa”.

They said: “Trafficking in human beings, from Nigeria in particular, has in the past few years become of particular concern to law enforcement authorities across the EU.

“Although human trafficking from Nigeria has, for decades, supplied the European sex market, the spike in the number of Nigerian women arriving to Italy (and, to a lesser extent, Spain), has brought this phenomenon to light.”