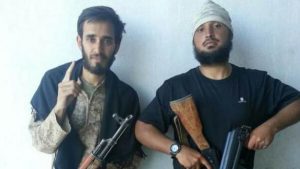 ISIS fighters returning to Europe from conflicts in Iraq and Syria should be charged with war crimes and genocide, said the Genocide Network, an agency backed by Eurojust that investigates core international crimes, like reported by neweurope.eu.

In a report unveiled on May 23, the Genocide network said that a number of terrorist organisations including ISIS, Jabhat al-Nusra and its affiliates should be prosecuted by national authorities not only for terrorist offences but also for war crimes, crimes against humanity and the crime of genocide, which are considered as “core international crimes”.

“ISIS has fulfilled criteria according to International Humanitarian Law as a party to a non- international armed conflict in Iraq and Syria acting as an organised non-state armed group,” reads the report.

Culminated charges could increase the possibility of higher sentences and of delivering more justice for victims, the Genocide Network said, adding that as the statute of limitations does not apply to core international crimes, the Foreign Terrorist Fighters (FTFs) could be held responsible for these crimes in future decades.

On the “5th EU Day against Impunity, we show the world that we care — not only about European citizens, but about humanity as a whole. It is our joint responsibility to bring justice to the countless victims and people affected by armed conflicts,” said the Eurojust President Ladislav Hamran in a press released on Saturday.

Germany, France, Hungary, Finland and the Netherlands already have ongoing cases against the FTFs, or even judgments were delivered with cumulative charges.