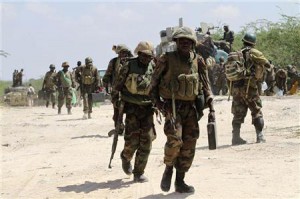 Ethiopian defense forces were on Tuesday trying to work toward rescuing 108 children who were kidnapped in a raid the government blamed on South Sudanese gunmen that killed more than 200 people.

The attackers killed 208 people and kidnapped scores of others in the Gambelaregion of western Ethiopia on Friday, government spokesman Getachew Reda told Reuters.

He said that 75 people were wounded and 2,000 head of livestock stolen.

The wider area, which borders South Sudan, hosts more than 280,000 South Sudanese refugees who have fled conflict in their home country, Reuters reported. It said the attackers are not thought to have links with South Sudanese government forces or rebels.

The Ethiopian government blamed South Sudan’s Murle community, who have been accused of seizing cattle as well as children to raise as their own during previous raids, for the attack, the BBC reported. The previous raids were smaller in scale, Reuters reported.