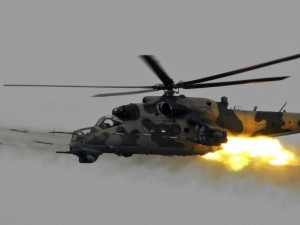 Ethiopia and Kenya have reportedly offered to send helicopters to the war-ravaged Somalia to support the African Union Mission (AMISOM) forces who are currently fighting the al-Qaida allied Al-Shabaab militants.

Sources at the AU said the two nations offered to deploy undisclosed numbers of attack and transport helicopters to reinforce the fight against Al-Shabaab.

In 2012, the United Nations Security Council approved 12 military helicopters to AMISOM, but these aircrafts have not yet been delivered, hence hindering the AU forces’ operation.

AMISOM, which for long been calling on UN for the deployment of the promised helicopters has accused the world body of giving little attention on the matter.

AMISOM says the regional force’s military operation against al-Shabab has been hindered by shortage of helicopters and blames the UN for the lack of air support.

As well as lack of helicopters, poor command structure, lack of coordination and underfunding are also among factors affecting AMISOM operation and further exposing it to series of deadly raids on its bases.

Ethiopia’s and Kenya’s helicopter offer to AMISOM is in line with the UN Security Council resolution 2036 of 2012, according to the African Union.

According to AU, the AMISOM deployment model requires contingents to deploy with their own equipment which will then be compensated by the United Nations via a logistical support package to African Union Mission in Somalia.

The helicopters will mainly be used to dislodge Al Shabaab militants from areas around strategic towns,to carry out attacks at remote areas as well as for logistical support and medical evacuation.

In 2012, Uganda deployed four helicopters to AMISOM in Somalia –the first aircrafts for the AU mission however three of the Ugandan army Mi-24 helicopters were crashed on the night of August that year while en-route to Kismayo to combat the Islamist militants.

What caused the crash of the three helicopters remain mysterious but AMISOM has blamed bad weather in the Kenyan highlands where they went down.

Formed in 2007, AMISOM was deployed to Somalia to help protect the Transitional Federal Government in Mogadishu from a violent Islamist group al-Shabaab which had been in control to most pat of the country including the capital, Mogadishu, after emerging in 2005.

The continental body’s troops pushed Al-Shabab out of the capital in 2011 and supported the weak Somali government to expand its control into larger parts of the country.