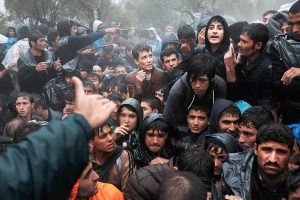 Europe could be faced with a fresh wave of refugees unless it pays heed to Turkey’s warnings over developments in Syria’s northwest Idlib province, Justice and Development (AKP) spokesperson Omer Celik has said.

“If Turkey’s warnings are not taken into consideration, we warn everyone that a refugee exodus will affect Europe to a large extent,” Celik was quoted by Turkey’s Anadolu news agency as saying Tuesday.

Eight Turkish military personnel were killed in Idlib Monday by Russian-backed Syrian government forces in what was seen as the biggest challenge to a 2018 de-escalation deal.

The attacks by Syrian President Bashar al-Assad’s forces have reportedly forced some 40,000 civilians to flee their homes in Idlib in recent days.