You are here: Home / Europe / Erdogan regime has sleeper cells in Germany 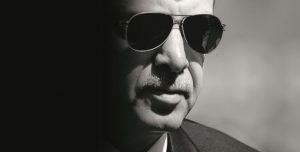 Following the coup attempt on July 15, 2016 in Turkey, Major Cafer Topkaya, stationed in the NATO Brussels headquarters at the time, was arrested. Topkaya stayed in prison for 1.5 years and was recently released on probation, after which he fled the country, like reported by anfenglish.com.

Topkaya spoke to the German language version of the US-based HuffPost and claimed that the Erdogan regime is preparing to carry out operations in Germany and other European countries.

“SADAT SENDS A MESSAGE THROUGH AA”

Topkaya said the MİT can carry out abduction operations in Western European countries similar to those in Kosovo and Africa, and added that Erdogan would use his armed militia force SADAT for this purpose. Topkaya pointed out that SADAT is more powerful today than any other group in Turkey and continued:

“A friend, a veteran in the army, has told me that SADAT is also trying to operate in Europe to crack down on the opposition. My friend is a reliable source from within the military. SADAT also sends messages to European sleeper cells through the state-run news agency Anadolu Agency.”

Brigadier General Adnan Tanriverdi is leading the International Defense Advisory Center (SADAT), which has been training the gangs that attacked Afrin. Tanriverdi is also one of Erdogan’s advisors, and is close friends with AKP MP Metin Kulunk, who used to oversee the AKP network in Europe and organized Turkish gangs as per Erdogan’s orders.

According to voice recordings that were leaked last December, Kulunk transferred funds several times to leaders of the Osmanen Germania gang for the purchase of weapons. The gang purchased guns and automatic weapons to use against Kurds with these funds, and gang leaders Mehmet Bagci and Selcuk were arrested later on.

Although the agent/gang network the Erdogan government built in Germany has been exposed several times, all investigations were shut down one by one. Although it was proven several times that the DITIB acted as the Erdogan regime’s intelligence institution, the investigation against it was closed. The federal prosecution made no advance in the one year long investigation where 19 DITIB officers were accused of working for the MİT.

The investigations launched against MİT members at another time when they were fallen out with the Erdogan regime were also closed one after the other. MİT agent Mehmet Fatih Sayan, who had been tasked with assassinations against Kurdish politicians, was released and Mustafa Karatas, who admitted to working for the MİT on voice recordings, weren’t even investigated by the Hamburg prosecutor’s office.