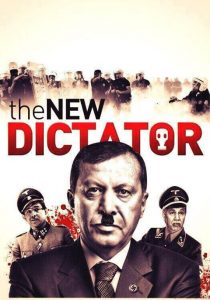 President Tayyip Erdogan escalated his war of words with the European Union after EU officials expressed their solidarity with Greece in the row between Ankara and Athens over oil and gas exploration rights, like reported by thearabweekly.com.

European Union foreign ministers on Friday said Ankara’s actions were antagonistic and dangerous after a meeting requested by Athens.

Tensions between NATO members Greece and Turkey have risen in the past week after Turkey sent the Oruc Reis survey vessel, escorted by warships, to map out possible oil and gas drilling in territory over which both countries claim jurisdiction.

“We will never bow to banditry on our continental shelf. We will not back down against the language of sanctions and threats,” Erdogan said in the northeastern city of Rize.

The Oruc Reis, which is between Cyprus and the Greek island of Crete, will continue work until Aug. 23, he added. The vessel has been shadowed by Greek frigates and on Wednesday warships from the two sides were involved in a mild collision.

EU foreign ministers met via video conference on Friday and said Turkey’s naval movements would lead to a “heightened risk of dangerous incidents”.

They said a deterioration in the relationship with Turkey was having far-reaching strategic consequences for the entire European Union, well beyond the eastern Mediterranean.

Cyprus and Greece are EU members, while Turkey is not. Josep Borrell, the 27-nation bloc’s foreign policy chief, tweeted after the end of the talks: “Eastern Med: Full solidarity (with) Greece&Cyprus. Calling for immediate deescalation by Turkey and reengaging in dialogue.”

German Foreign Minister Heiko Maas, whose country holds the rotating EU presidency, said before the talks that “the provocations” that are happening in the eastern Mediterranean “can’t continue.”

“Nor can the Turkish drilling,” he said. “We are working toward a direct dialogue between the parties that would contribute to finding a solution for this issue.” Maas added that there should be no drilling during any negotiations.

Apart from backing from its EU partners, Athens is seeking a commitment for potential EU sanctions against Turkey. Greek officials said a list of possible sanctions against Ankara is being drafted and will be discussed at the next foreign ministers’ meeting in Berlin later this month.

In a strong show of support this week, France pledged to boost its military presence in the eastern Mediterranean and sent two warships to the area Thursday for joint drills with the Greek navy. France also deployed two fighter planes to Crete.