You are here: Home / Europe / England: Shamima Begum is a ‘ticking time bomb’ 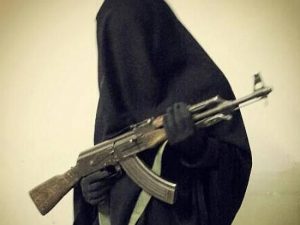 Shamima Begum is a ‘ticking time bomb’ and must not be allowed back in the UK, the daughter of a British aid worker murdered by the so-called Islamic State group has claimed, like reported by metro.co.uk.

David Haines, 44, from Perth, Scotland, was captured by ISIS in Syria in 2013, before being beheaded in a sickening propaganda video the next year.

His daughter Bethany Haines, 23, has now warned that letting former Bethnal Green schoolgirl Ms Begum, 20, back in the country to fight for citizenship is ‘a risk to public safety’. She told the Daily Mirror: ‘From what I gather, Begum still has a strong hatred of the UK. She’s a ticking time bomb.

‘This decision is against public safety and they don’t consider the impact of their decisions.’ Bethany has also revealed she ‘firmly declined’ the opportunity to meet Ms Begum during a 2019 trip to Syrian camps to get answers about her father’s death.

She believes the ISIS bride has ‘realised staying in camps isn’t an enjoyable experience’ and ‘the UK is the best option’. The mother-of-one added: ‘She knew what she was getting herself into. She needs to live with the consequences.’

Ms Begum, who has lost three children while living in Syria, was one of three schoolgirls who left London to travel to the western Asian country in February 2015.

She lived there for more than three years, before she was discovered nine months pregnant in Syrian refugee camp al-Hawl. Then-home secretary Sajid Javid revoked her British citizenship on national security grounds later that month – but she took legal action against the Home Office, claiming the decision was unlawful because it left her stateless and exposed her to a real risk of death or inhuman and degrading treatment.

The Special Immigration Appeals Commission (SIAC) – a specialist tribunal which hears challenges to decisions to remove someone’s British citizenship on national security grounds – ruled the decision was lawful in February as she was ‘a citizen of Bangladesh by descent’ at the time of the decision.

The commission also rejected her appeal to be allowed to enter the UK to effectively pursue action against the Home Office. However, the Court of Appeal ruled on Thursday that Ms Begum should be allowed to come back to fight the decision to remove her British citizenship.

Downing Street has vowed to fight the case, with the government expected to file papers with the Supreme Court within days. The case has spurred Justice Secretary Robert Buckland to order civil servants to think up proposals to restrict legal aid for terrorists who bring challenges in the civil courts.

A Ministry of Justice source told MailOnline: ‘Why should someone who is considered a national security risk have their legal bills picked up by the taxpayer?’