You are here: Home / Mediterranean / Egypt’s Sisi calls for ‘international mobilisation’ on Libya 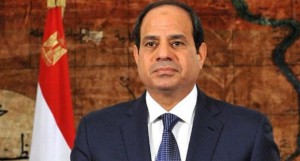 Egyptian President Abdel Fattah al-Sisi on Tuesday called for world action to halt the flow of weapons and fighters into and out of war-torn Libya, Egypt’s neighbour to the west.

“Not confronting the situation in Libya will lead to new dangers in the region,” he warned after talks in Athens with Greek Prime Minister Alexis Tsipras.

Egypt had made “enormous efforts” to secure its border with Libya but needed “Europe and other countries interested in stability in the region” to come to the table, he said.

Tsipras promised to back Sisi’s call for help among fellow European Union members.

“We must all cooperate and be more effective against this rising fascism of extremist fundamentalism,” the leftist Greek premier said.

Egypt has long been seen as biased in the Libya conflict, reportely carrying out bombings in the country when Islamist-backed militias were fighting for power over the capital Tripoli in 2014.

Egypt and the UAE are accused of engaging in a proxy war in Libya against Islamists allegedly supported by Qatar and Turkey.

Thousands of supporters of Egypt’s Islamist Muslim Brotherhood have been jailed and hundreds have been sentenced to death in Egypt since Sisi took power from Mohamed Morsi in a military coup in 2013.

Sisi’s visit to Greece is focused on cooperation in the energy and maritime transport sectors.