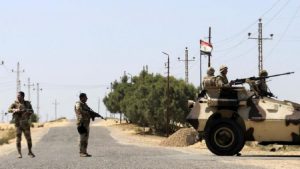 The Egyptian security forces have killed 19 Islamic extremists responsible for the attack on the Coptic pilgrim bus last November 2, in which seven people (including children) died, and at least 12 were injured. According to sources in Cairo’s interior ministry, militiamen died in a firefight with the police who had been on the trail of “fleeing terrorists” in a desert area west of the Minya province for a few hours, like reported by asianews.it.

Yesterday at the Angelus, Pope Francis expressed “sorrow” for the Coptic pilgrims, killed “because they are Christians”. Some jihadists linked to the Islamic State (IS, ex Isis), who claimed responsibility for the attack, hit the faithful on board three buses headed to the monastery of St. Samuel the Confessor.

The November 2 attack is only the latest in a series against the Coptic Christian minority, which represents about 10% of the total population. The ministry explains that the security forces engaged in an intense gun battle with “terrorists” on the run, even without specifying when the incident occurred.

In confirmation of the operation, Cairo disseminated images of the bodies and a tent in which they would find refuge immediately after the attack. Next to the corpses guns, rifles and propaganda leaflets of the Islamic State were found.

The same evening of the attack and the following day the funeral of the victims took place; during the ceremonies there were moments of tension, with the participants who showed their anger for the new attack immediately. “What do these terrorists want? Why do they want to push us to hate Muslims? “Asks 23-year-old Michel, who lost a neighbor.

At the funeral of November 3, attended by hundreds of people, there were four Coptic bishops, sent by Pope Tawadros II to concelebrate the function together with Bishop Makarios of Minya. The ceremony took place at the church of Al-Amir Tadros in Minya, amid massive security measures.

Meanwhile, the Egyptian government has decided to compensate the families of the victims with a sum of money. Ghada Wali, Minister of Social Solidarity, has also ordered the payment of a monthly pension. President Abdel-Fattah Al-Sisi called Pope Tawadros to express the condolences of the government and of the country. On his Facebook profile he therefore expressed sorrow for “the killing of the martyrs”, a murder that intends to “undermine the fabric of the nation”.