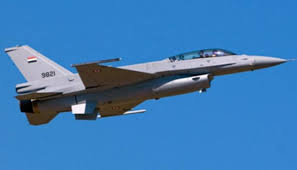 Egyptian Air Force planes have in recent months crossed into Israeli airspaces as part of Egypt’s military campaign against the Sinai affiliate of the Islamic State (ISIS), Yedioth Ahronoth reported on Tuesday.

According to the newspaper the unprecedented flights were conducted in coordination with the IDF and were conducted mostly in the triangular border area between Israeli territory, Egyptian land, and southern Gaza.

The flights are believed to be the first time that Egyptian warplanes entered Israeli airspace since the Yom Kippur War in 1973, noted Yedioth Ahronoth.

The peace treaty signed between Egypt and Israel in 1979 imposed strict limitations on Egyptian deployment in the Sinai, but in recent years Israel has permitted the Egyptian military to boost its presence in the peninsula several times.

According to the Yedioth Ahronoth report, the Egyptian aircraft bombed ISIS targets mere kilometers away from the Israeli border, in the vicinity of El Arish and Sheikh Zuweid in the northern Sinai.

Entry into Israeli airspace did not result in any clashes with Israeli planes, presumably because of prior coordination, the newspaper noted.

Egypt has been fighting an insurgency in the Sinai which began shortly the 2011 ouster of former President Hosni Mubarak and has gotten worse since then.

Most of the terrorist attacks in the Sinai have been claimed by the Sinai Province terrorist group, which has pledged allegiance to ISIS.

Among the attacks claimed by Sinai Province were the assassination of a top Egyptian police general, who was gunned down as he left his home in a west Cairo neighborhood, and a bus bombing on a tour bus filled with South Korean tourists in the Sinai.

The group has also claimed responsibility for several rocket attacks from the Sinai Peninsula on southern Israel.

As part of its fight against Islamist terrorism in the Sinai, Egypt established a buffer zone along the border with Gaza to prevent smuggling of weapons from Gaza terror groups into Egypt.

The decision on the buffer zone was made following two deadly attacks in October of 2014 in El-Arish, which killed dozens of soldiers and were claimed by the Sinai Province.