You are here: Home / Mediterranean / Egyptian branch of Islamic State threatened to kill a Croatian if the authorities refuse to free Muslim women 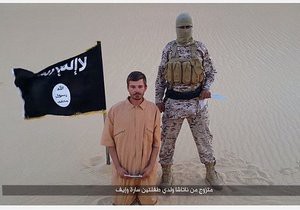 The kidnapping of engineer Tomislav Salopek, a French oil company employee, was not confirmed by the official media. Though, the Egyptian foreign minister, Sameh Chukri, told Prensa Latina that he only knew of the case through the press and he ignored if it was a criminal or political act.

The situation puts the Egyptian authorities in a difficult position.

They are preparing full speed the inauguration for tomorrow of a channel parallel to the Suez-one, North, with a ceremony at which have been invited heads of State from around the world.