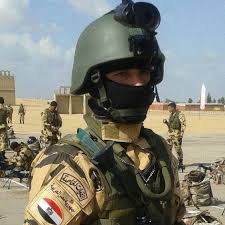 Egyptian armed forces have completed the first stage of a large-scale military operation in northern Sinai codenamed The Martyr’s Right, a respective announcement was made on state television Tuesday.

According to the army’s spokesperson, in the course of 16-day operation, Egypt’s servicemen managed to destroy and mop up the militants’ bases and shelters where the terrorists were hiding and planning their activities.”All of the major goals of the operation have been achieved,” the Egyptian army stated.

Over 200 militants were killed in the Martyr’s Right operation launched earlier in September, according to the Egyptian Defense Ministry estimates.

North Sinai is a stronghold of Islamist militant group Ansar Beit al-Maqdis, an Egyptian affiliate of the Islamic State group.

Cairo is fighting an Islamist insurgency in Sinai since the army, led by President Abdel Fattah Sisi, overthrew then President Mohamed Morsi in 2013.