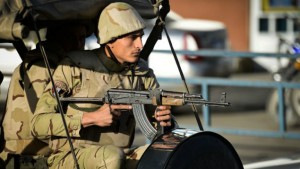 Ten militants were killed at 15 other were wounded last night in an air raid carried out by the Egyptian army against militants hideouts in Sheikh Zweid in northern Sinai.