You are here: Home / Mediterranean / Egypt to buy border surveillance system from Pentagon 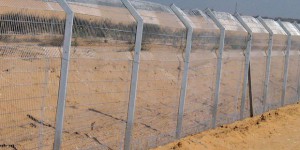 To enhance security measures on its borders with restive neighboring countries, Egypt has requested to buy U.S. “Border Security Mobile Surveillance Sensor Security System,” at the cost of $100 million, said U.S. Department of Defense (Pentagon) in a statement Wednesday.

The U.S. Department of State has approved the procurement, while the U.S. Congress has been notified of the sale Tuesday.

“This proposed sale will contribute to the foreign policy and national security of the United States by helping to improve the security of a friendly country that has been and continues to be an important force for political stability and economic progress in the Middle East,” the statement read.

The Pentagon said the security system is essential for the security guards who lack “any remote detection capability along unpatrolled areas of Egypt’s borders.”

Egypt is facing possible “terrorist” threats from Libya where Islamic State (IS) group militants have bases and hideouts. In February, IS released a video purporting to show the beheading of 21 Egyptian Copts kidnapped in Libya.

The Border surveillance system could help in thwarting any possible infiltrations of militants along the eastern borders with Gaza strip, particularly following the recent series of attacks against military and security checkpoints in North Sinai.

Relations between Egypt and its ally soured when the U.S. partially suspended its annual $1.5-billion aid, following the 2013 dispersal of the pro-Muslim Brotherhood sit-ins that demanded the reinstatement of President Mohamed Morsi’s.

In April 2014, relations improved when the Pentagon announced that the suspended aid would be released. In November 2014, Egypt received the suspended 10 Apache fighter jets.