You are here: Home / Mediterranean / Egypt stops Hamas commandos from linking up with Iran 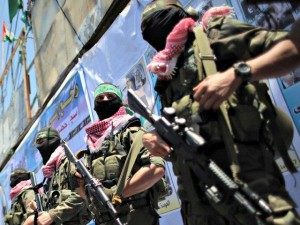 A bus full of Hamas operatives traveling through the Sinai Peninsula was stopped abruptly on Thursday, and initial reports stated that four members of Hamas—a Palestinian rival terrorist organization headquartered in Gaza—had been abducted by terrorists loyal to the Islamic State.

In all likelihood, it was Egyptian authorities who intercepted the Hamas members, who were purportedly on their way to receive military training in Iran.

The group initially believed to be responsible for the act is now called the Sinai Province (of the Islamic State). The terror outfit used to be known as Ansar Bayt al Maqdis, which had close ties with several Sunni jihadist organizations before its leadership aligned with ISIS.

But new information surfaced on Friday that led analysts in the region to believe that Egyptian authorities arrested the Hamas militants, who were reportedly members of an elite “naval commando” unit within the Palestinian terror group.

The Times of Israel, in its report, identified the suspected “kidnappers” as members of an Egyptian intelligence unit.

The Hamas jihadis were reportedly making their way to Cairo, where they would then take a flight to Iran for military training, the Times of Israel reported.

Egypt has responded to the nefarious activities of Hamas by closing its Rafah border, Al-Ahram Arabic reported Friday. The crossing, which connects the Gaza Strip with Egypt, allowed some 6,329 people to pass through from Monday to Thursday.

Hamas has condemned the kidnapping, calling on Egypt to free their militants. Hamas “is making contact with the Egyptian security authorities to ensure they comply with their responsibilities in securing the lives of the abductees and return them to their country,” the militant group said in a statement.

Hamas “demands the immediate return of the abductees and to arrest the perpetrators so as not to affect Palestinian-Egyptian relations at a time when all parties are seeking to consolidate this relationship,” the statement added.