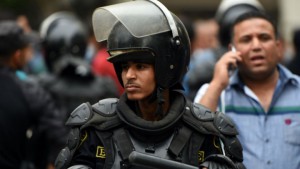 Egypt’s Interior Ministry says police have killed a senior Muslim Brotherhood leader and another member of the outlawed Islamist group in a shootout in Cairo.

A ministry statement carried by the state MENA news agency early on Tuesday says 61-year-old Mohammed Kamal, a physician by profession, was wanted for more than a dozen armed attacks and was twice sentenced in absentia to life in prison for establishing an armed group and an explosion near a police station.

It says Kamal was in charge of armed branches of the Brotherhood.

He was killed in an exchange of gunfire along with Yasser Shahata Ali Ragab as police tried to arrest them at a Cairo apartment. Ragab was earlier sentenced in absentia to 10 years’ imprisonment.