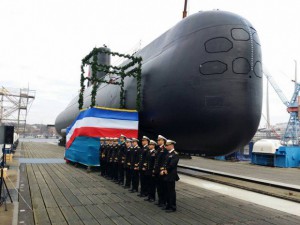 The inauguration of the new submarine was attended by Egyptian Navy Commander in Chief Rear Admiral Osama Rabie and the German Navy Vice Admiral Rainer Brinkmann, according to Samir.

“The new submarine is a technological addition to the Egyptian navy and a further boost to its ability to maintain Egyptian national security at our borders and coasts,” said Rabie.

In 2011, Egypt signed a deal with Germany’s ThyssenKrupp Marine Systems (TKMS) to buy two German-made submarines then ordered two more in 2014, said Rabie during the graduation ceremony of the 66th batch of the maritime college in June, Youm7 reported.

The Type-209/1400 attack submarines were built by Germany in the 1960s and are used in many navies around the world including Turkey, Greece, Argentina, Brazil and Indonesia, according to Youm7.