You are here: Home / Mediterranean / Egypt military court sentences 253 to life in prison in absentia 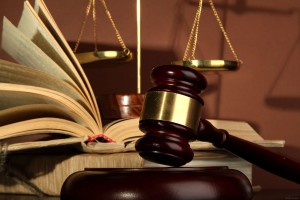 An Egyptian military court sentenced 253 people to life in prison in absentia and 203 others to shorter prison terms on Tuesday for destroying public buildings in 2013, the country’s state news agency said.

The state news agency did not specify the identities of the individuals in the two cases, but verdicts in a slew of mass trials of Muslim Brotherhood members and people accused of links to the outlawed group have drawn international criticism of Egypt’s judicial system and human rights record.

President Mohamed Mursi was ousted in 2013 and sentenced to death in June over a mass jail break during the country’s 2011 uprising.

The Alexandria military court on Tuesday charged the defendants with burning and raiding a police station and a government building in Beheira, a governorate northwest of Cairo that straddles the Nile Delta.

The violence came just after the dispersal of two mass sit-ins in Cairo in August 2013 that were set up to support the recently ousted Islamist president Mohamed Mursi.

Other sentences in the case ranged from five to 15 years in prison, and 50 were found innocent.

Egypt expanded the jurisdiction of military courts in October to permit them to try civilians accused of acts ranging from attacking state facilities to blocking roads.

The government has said the judiciary is independent and it never intervenes in its work.

The government has declared the Brotherhood a terrorist group and has accused it of fomenting an Islamist insurgency since Mursi’s removal, but the group has said it is committed to political change through peaceful means only.