You are here: Home / Mediterranean / Egypt extends state of emergency for additional 3 months 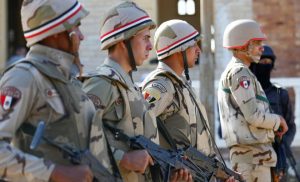 Egypt’s parliament approved to extend the state of emergency for an additional three months, like reported by middleeastmonitor.com.

This is the fourth time that Egyptian authorities have extended the state of emergency since it was first imposed in April 2017 after two church bombings killed at least 45 people.

The decree, which came into effect on Saturday, had unanimous backing during the parliament session.

“In light of the circumstances Egypt has been facing, and in continuation of the efforts to root out terrorism, the government has decided to set a nationwide state of emergency for three months in accordance with a 2018 presidential decree,” a statement by the parliament read.

The move, the statement added, aimed to allow local security forces to “take [measures] necessary to confront the dangers and funding of terrorism and safeguard security in all parts of the country.”

The state of emergency allows the government to intercept and monitor all forms of communications, impose censorship and confiscate publications, impose a curfew or order the closure of commercial establishments, as well as designate areas for evacuation. It also allows security forces to detain people for any period of time without giving a reason as it is deemed a “security issue”.

Rights group have criticised Egypt’s emergency law, which they say is being used by the government to crackdown on journalists and opposition members.