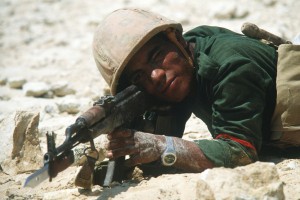 Reuters reports that Egyptian forces discovered a group of Daesh-affiliated ‘Sinai Province’ militants in a cave 70km from the site of the Russian plane crash in Sinai.
The Egyptian forces killed 24 of the militants and arrested eight of them, according to Reuters. Egyptian authorities hope that those arrested may provide some information for the ongoing Russian passenger plan crash investigation.
Sinai Province released a statement on the day of the crash that they had brought down the plane in response to Russian airstrikes on Syria. Currently, the investigation says it is likely that the October 31 crash, killing all 224 people on board, was caused by an on-flight bomb. The investigation is ongoing.
Sinai Province, formerly called Ansar Beit Al-Maqdis,launched multiple attacks pledged allegience to Daesh in 2014. They have in Northern Sinai.
albawaba.com