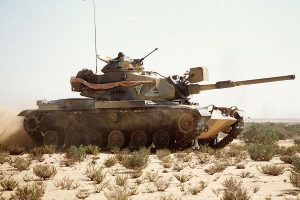 The Egyptian army today said it had killed four armed men during a raid in north Sinai province, northeast of the country, like reported by middleeastmonitor.com.

In a statement seen by the Anadolu Agency, army spokesman Colonel Tamer Rifai said that “the law enforcement forces of the Second Army Field managed to eliminate four high-risk Takfiri elements in northern Sinai in a raid during over the past few days,” without mentioning a specific date or area.

He pointed out that large quantities of improvised explosive devices (IEDs) and explosive materials belonging to the elements of Takfiri groups were confiscated.

The Egyptian army calls members of armed groups in the Sinai “Takfiri”, including members of the Daesh-affiliated Ansar Beit Al-Maqdas.