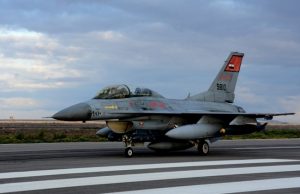 Egyptian security forces have been battling an insurgency by Daesh (ISIS) hat was until recently concentrated in the Sinai Peninsula but has extended to other parts of the country.

“A number of criminals gathered and prepared to sneak into the Egyptian border, using a number of four-wheel-drive vehicles,” the Egyptian military said in a statement that gave no details of casualties.