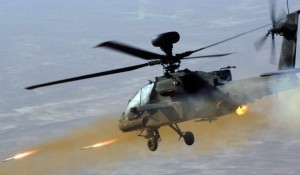 Six terrorists have been killed in air strikes launched by the Egyptian army in North Sinai, security source told Youm7.

The strikes come in the framework of the magnified security campaign taking place in the peninsula to combat the expansion of the Sinai-based extremists who have killed hundreds of Egyptian soldiers in numerous attacks.

Some 42 detainees were released after authorities assured they are not involved in violence committed against civilians, police or army forces.

Earlier this week, a communiqué was distributed by the militant group among North Sinai Bedouins warning them against “using tractors or heavy equipments to avoid running over planted explosives.”

The group pledged allegiance to the Islamic State (IS) group in November 2014. It has claimed responsibility for most of the attacks on the army and police in North Sinai, and has killed several Bedouins for their alleged cooperation with the military or Israel.

In the ongoing “war against terrorism” in Sinai, dozens of tribes announced they are uniting to assist the army in its fight.