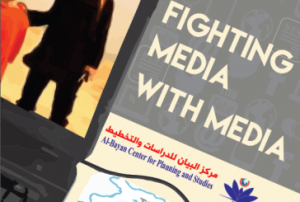 The Strategic Communications Working Group of the Global Coalition to Counter Daesh convened in the Ministry of Foreign Affairs and International Cooperation in Abu Dhabi on Friday, to take stock of its efforts on combating Daesh’s online propaganda and recruitment.

The eighth meeting of the working group was hosted by Dr Anwar Gargash, Minister of State for Foreign Affairs, who co-chaired the meeting together with Richard Stengel, Under-Secretary for Public Diplomacy and Public Affairs, US Department of State, and Tobias Ellwood, Parliamentary Under-Secretary of State (Minister for the Middle East and Africa), UK Foreign and Commonwealth Office.

The meeting was attended by senior officials from 29 coalition countries, as well as a selected number of experts, including participants from Al Azhar, Hedayah, Sawab Centre, the Coalition Communication Cell in London, and private sector entities.

The meeting provided a venue for discussions on the anti-Daesh communications activities of coalition members, an exchange of views on future challenges in the fight against Daesh, including the battle to liberate Mosul, and a platform to exchange optimal messaging strategies amongst members of the working group.

Dr Anwar Gargash praised the member’s efforts and emphasized the need for the coalition to further step up its activities and reach new audiences. Further echoing this need, Shaikha Lubna Al Qasimi, the UAE Minister of State for Tolerance, shared with the group the UAE’s vision of tolerance and highlighted effective methods of creating resilience against extremism in the society.

Additionally, the working group members exchanged experiences with media companies and the creative community about their mutual efforts to challenge the extremist narrative in the online space. Representatives from the media and creative community included twofour54, MBC, Sky News Arabia, Affinis Lab, and Quantum Communications.

The meeting concluded with the working group members reaffirming their continued commitment to tackle Daesh’s propaganda online and offline and a consensus that the battle against extremism is one that must continue post-Daesh.