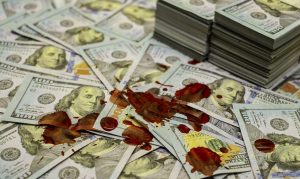 The Dutch parliament has voted to curb the county’s aid to the Palestinian Authority, citing the P.A.’s policy of paying convicted terrorists and their families, like reported by jns.org.

The Netherlands had provided the P.A. with about €1.5 million ($1.6 million) in monthly aid, which the P.A. could spend it as its discretion. The Dutch parliament has now decided, however, that any further aid money will be given to specific projects only.

On Tuesday, the Netherlands’ House of Representatives passed motion bucking a recent ruling by the European Court of Justice requiring the bloc’s 28 member states to label Israeli goods made in Judea and Samaria settlements.

The motion, approved by a vote of 82-68, urged the Dutch government to reject the ruling unless similar standards are applied to all disputed territories worldwide, saying that singling out of Israel in this matter was discriminatory.