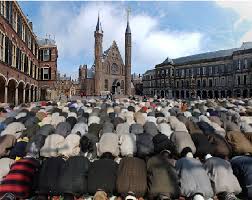 The Dutch justice ministry says about 190 people have traveled from the Netherlands to fight in overseas “jihadi conflicts,” some 35 have returned home and 30 have been killed, wrote AP.

The ministry published the latest figures Tuesday without a specific breakdown of what countries the 190 had traveled to. Most are believed to have gone to Syria and Iraq. It also maintained its terror threat level at the second-highest: “substantial.”

The latest threat assessment says that, although there are no “concrete signs” of possible attacks, deadly terror incidents in Paris and Copenhagen and a foiled plot in neighboring Belgium “underscore … the threat against Europe and therefore also against the Netherlands.”

The assessment says that not only retuning fighters pose a threat but also Islamic extremists who remain in the West.