You are here: Home / Europe / Dutch cabinet is looking into bringing back jihadis’ children from Syria 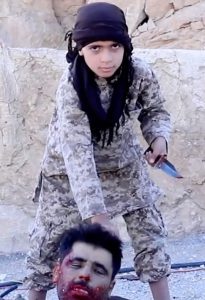 The cabinet is looking into the option of bringing the children of Dutch jihadis currently living in camps in Syria back to the Netherlands, justice minister Ferd Grapperhaus told television talk show Pauw on Tuesday evening, like reported by dutchnews.nl.

‘These children should be away from there, they should not be in a camp,’ Grapperhaus told the programme. He said he is in talks with the counter-terrorism unit NCTV to see how the children can be brought back safely.

‘It is extremely complicated,’ the minister said. ‘But it is terrible that children are living in such places.’ Earlier this year, the children’s ombudsman said the Dutch government should do all it can to arrange the return of jihadi children because otherwise it is failing to uphold children’s rights. Currently, families who wish to come back to the Netherlands have to report to a Dutch diplomatic mission in either Iraq or Turkey.

However, women and children are not allowed to leave the camps, so it is impossible for them to do so, the ombudsman pointed out. Officials say around 145 children with Dutch nationality or who can make a claim on Dutch nationality are living in the conflict zone.

‘Different sources suggest these children have gone through a terrible time and been exposed to things no child should have to deal with,’ the ombudsman said. ‘These children are being damaged in their development. If parents are not protecting their children, the government should step in. Share Share Share Tweet Share