You are here: Home / Europe / Dutch advisers head back to Netherlands on completion of Peshmerga training 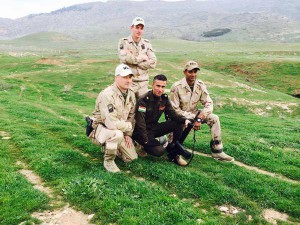 Dutch military trainers will head back to the Netherlands after delivering training to Iraqi and Kurdish Peshmerga forces.

This week Dutch naval and army instructors, along with international colleagues, also started a fourth infantry training for Peshmerga officers.

The first rotation of the 90-man training unit returned fto the Netherlands this week.

According to the Ministry of Defence, Dutch F-16 fighter jets have dropped their 500th bomb on Islamic State (IS) positions since the Netherlands joined the mission against the terrorist organisation last year.

The F-16’s participated in about 15 missions over Iraq between May 18th and 25th. Almost 40 bombs were dropped during this time, chalking up the 500th dropped by the Dutch overall.