You are here: Home / Senza categoria / Drums of war 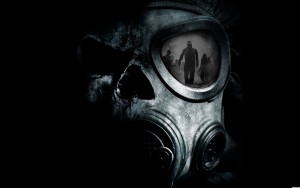 War in the Middle East is not news. After all, at any given moment in this violent and complex region, there is at least one war being waged, either inside a country or between two of them. Most of the countries in the area  fought a war of some kind during the last thirty years. The list includes Morocco, Algeria, Libya, Sudan, Yemen, Saudi Arabia, Iraq, Syria, Turkey, Lebanon and Israel.

However, the probability of an imminent war moved up a notch over the past few days and on the horizon there are early signs of deterioration that may lead to a much vaster war than we have been witness to in our lifetimes. The current situation may develop into a war of total destruction, a war using every means available, between two regional powers, Saudi Arabia and Iran.

Actually, these two countries have been fighting one another for years in other arenas: in Iraq, Iran supports the Shiite majority whereas the Saudis are aiding the Sunni minority. In Syria, the Saudis support and aid the rebels, while Iran is sacrificing its top officers and soldiers in order to help Assad survive the Sunni jihadist attacks.

In Lebanon, from the 1980s on, Iran has been helping the Shiites gain strength by arming, training and organizing them in order to gain control over the country by means of the Hezbollah terrorist group, while the Saudis are helping the Sunnis oppose them. That explains the warm relationship between the Sunni Hariri family and the Saudis, as well as the burning hatred in Hezbollah head Hassan Nasrallah’s words about Saudi Arabia.

In Yemen, as well, an open war is raging between Iran, which is helping the Shiite Houthi tribe, and Saudi Arabia, in a conflict that is destroying the country and leaving thousands of victims and tens of thousands of refugees in its wake.

Concurrently, the Saudis are using their massive economic power to hurt the Iranian economy by flooding the oil market and reducing the price of that commodity. Saudi determination became doubly energized a result of the Iran deal and the subsequent freeing of many billions of Iranian dollars allowing a deepening of Shiite infiltration into countries that are still sitting on the fence, the fanning of Shiite terror flames and the purchase of politicians, newsmen and academics who will turn into defenders of Iranian policies.

After a long period of indirect conflicts between Iran and Saudi Arabia, it looks as though the moment for direct conflict has arrived. In the background is the ongoing persecution suffered by the Shiite minority in eastern Saudi Arabia. The Saudis, extremist Wahabee Sunnis, believe that Shia is a form of heresy, leading them to severely limit Shiite religious practice. Sheikh Nimr Baqer al-Nimr  the local and influential Shiite leader was arrested on charges of incitement to violence although he and his followers claim that he called for non-violent protest.

Nimr was sentenced to death and held in prison for close to a decade. Requests to pardon him were received from all over the world, but last Saturday, he was beheaded, as is the common practice in the Saudi monarchy. Another 46 people were beheaded with him, 43 of them Sunnis who were accused of terrorist acts against the monarchy.

The heads of the Saudi regime seem to have thought that killing 43 Sunni jihadists would balance out the killing of Sheikh Nimr, but their judgment was faulty, because as soon as the Sheikh’s death became public knowledge, a veritable storm erupted in the Shiite world. Violent protests broke out in many parts of the world, and infuriated masses burst into the Saudi embassy in Teheran and its consulate in Mashhad, trashing them and setting them on fire.

In addition to the destroyed embassy and consulate, and worse than the symbolic attack on the symbol of Saudi sovereignty, was the penetration of Saudi intelligence facilities, because there is not a shred of doubt that the Saudis carried out their intelligence activity from within those two buildings – listening in on communication networks, spying and activating agents – all under the cloak of diplomatic immunity. Immediately after the break-ins at the Teheran and Mashhad compounds, the Saudis instructed the staff at the  Iranian embassy and consulate in Saudi Arabia (both of them Saudi intelligence centers) to leave the monarchy. It then cut off diplomatic relations with Iran.

Bahrain, Sudan and the United Emirates followed suit and broke off diplomatic relations with Iran, a step meant to signal to the world that the Gulf region may soon turn into a lit tinderbox. The logical conclusion would be that Iran must not be allowed to acquire nuclear weapons and that it is also unwise to invest in that country, as the funds invested have a good chance of being lost if war breaks out.

The heavy cloud that hangs over the area since Sheikh Nimr’s beheading can be sensed by listening to Shiite speakers, first and foremost Hassan Nasrallah himself, speaking out of his hideaway in Lebanon. Nasrallah delivered a fiery speech that can be summed up as follows (parentheses added by the  author):

“A country was established in the Arabian peninsula, whose lying, cheating, impertinent and counterfeit name is the Saudi Arabian Monarchy. This is the land in which are found two holy places (Mecca and Medina), the land of the Prophet Mohammed, his family and esteemed friends, the land of the first Jihadi fighters, the land of Islam – stolen and given the name of the (Saud) family that forced itself on the inhabitants of the Arabian peninsula through butchery, murder and terror…the kingdom that arose on the remains of a people, on its blood spilled like water…with British help, British money, British cannon, as part of the British plan to take over our lands, just as Israel was established on conquered Palestine (note: Israel is equated to Saudi Arabia!).

According to Nasrallah, “there is no way to ignore the application of the death penalty for no reason to a respected religious leader, Nimr Baqer al-Nimr. He was not a terrorist, did not organize a gang, did not call for the use of arms, and everything he did was done in the ways of peace. In Bahrain, too, they are imprisoning Shiite sages who did not commit any acts of violence. All they did was protest peacefully. Al Nmer told the truth, courageously and appropriately. He wanted to improve the people’s condition, hoping that they might gain rights and a government free of corruption, but anyone who tells the truth in Saudi Arabia is put to death. Al Nmer’s blood covers the facade, the body and the history, both past and future, of the Sons of Saud until the Day of Judgment when they will pay the price in this world and the next…anyone who dares to utter any criticism in Saudi Arabia is dealt with by the sword…and the Saudi sheikhs sanitize every crime.

“Many of the leaders of the Islamic world begged the Saudi king not to carry out the death penalty, there were hopes that the requests would be honored, but the carrying out of the death sentence took the Arab and Muslim world by surprise. The Saudi regime cares nothing for the world of Islam or world opinion, it mocks everything and tramples the feelings of all Muslims. The Saudi regime refuses to give NImr’s body to his family.

“The Saudis tell their people: Either you live under our rule and remain silent like sheep or we will slaughter you all like sheep. The Saudis have bared their real face to the entire world: arrogance, crime, terror, branding others as infidels, all this on a daily basis. This is what the Saudis do in Yemen every day, bombing, killing, destroying, butchering, creating masses of refugees, putting obstacles in the way of any solution in order to gain control over Yemen and carry out revenge on those who do not wish to give in to the Saudis.”

According to Nasrallah, the Sunnis were also opposed to imposing the death penalty on Nimr because they want to avoid a Sunni-Shiite battle and are against any steps that exacerbate the animosity between the two groups, despite the desire of the Saudis to plunge the Islamic world into a religious war. Nasrallah warns against sliding into a war of this kind, one that plays right into the hands of Islam’s enemies. “The time has come to tell the truth about the Saudis, courageously and clearly, and for the world to wash its hands of them.”

“Islamic State’s texts were written in Saudi Arabia. The Saudis fund, train and support Islamic State in every possible way. Its leaders are criminals and thieves, who rob the people of their rights. They are the source of all the evil, wickedness and crime in the region. They are the lackeys of England, the USA and Israel. They are slaves to money, slaves of power, addicted to the pleasures of this world, servants of Satan…this fakery (Saudi Arabia) must come to end, it must fall. This is the most important Jihad of our time..they kill themselves in nightclubs, while our children are being killed defending Lebanon, Palestine, the Umma and Islam.”

“The response to the murder of Nimr Baqer al-Nimr  will be the same as that of Zaynab (daughter of Ali, the founder of Shia Islam) who spoke up to the Umayyad (who butchered her brother, Husayn ibn Ali in Karbala in 680 A.D.). The blood spilled by the [Saudi] family by way of exporting ideas, money and weapons, will dictate their downfall. This is the historic heavenly tradition for when a regime loses its senses, forgets all human feelings and slides into a deep abyss. We can already see the end of this corrupt and criminal regime on the horizon.”

The above excerpts are an abridged version of Nasrallah’s speech, delivered with palpable emotion, interspersed with loud cries, and greeted with rounds of applause by those who listenend to it on the television screen.

No Shiite speaker could have given a speech as cutting as this one, and there are no clearer threats than those Nasrallah aimed at the Saudis. One can take it for granted that his mood and the words in that speech are a perfect foil for the winds that are blowing among the Ayatollahs of Iran, in whose company Nimr spent a good part of his life.

Nasrallah’s alluding to Zaynab is meant to remind listeners of the massacre of [Muhammad’s grandson], Husayn ibn Ali, in Karbala in 680 A.D. He, too, was beheaded. The Shiites perform passionate blood-soaked religious ceremonies every 10th of the month of Muharram, called the Day of Ashura, to recall the massacre and his murder and beheading.

If I were a citizen of Saudi Arabia, in the country itself or anywhere in the world, I would be extra careful on the 40th day after Al Nimr’s beheading, which falls on Wednesday, February 10th. I would also, from now on, take extra care on the yearly anniversary of his being put to death. The Shiites will avenge his murder, and it will not be a pleasant sight to behold.