You are here: Home / MidEastGulf / Drugs, alcohol and homosexuality for Isis militants in the “last days” in Mosul 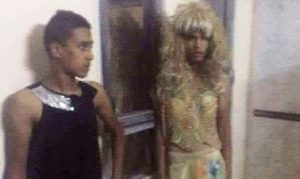 “I took drugs, I got drunk and I had homosexual relations with other militants – said Mohamed Abdelghani, Algerian Isis militant captured in Mosul by Iraqi troops – Almost everyone did so, since we realized that Mosul is lost and especially when we saw our commanders do so”,like reported by Iraqi sources.

The situation is desperate for jihadists in Mosul: those who try to escape be killed by militants : “I killed comrades who had been captured after attempting to escape – remember the Algerian Mohamed Abdelghani – We were drunk and we killed 23 comrades. During the pauses in the fighting there was so much drugs, as well as alcohol. And at the evenings there were young boys dressed as a woman for the jihadists…”