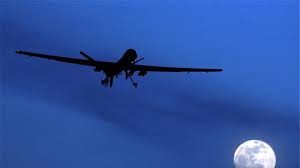 A US drone strike has killed five presumed members of Al-Qaeda in the jihadist network’s southeastern Yemeni stronghold, a local official said Wednesday.

He was unable to provide further details or identify the suspects.

The United States is the only country known to operate armed drones over Yemen, and attacks by the unmanned aircraft have continued during months of clashes between pro- and anti-government forces and air strikes from a Saudi-led coalition.

Al-Qaeda in the Arabian Peninsula (AQAP) has taken advantage of the chaos gripping Yemen to make territorial gains, seizing Mukalla in April.

Witnesses in the port city of more than 200,000 have recently reported an increased deployment of AQAP militants, who have set up security checkpoints across Mukalla.

AQAP, considered by Washington to be the extremist network’s most dangerous franchise, announced the death in June of its commander in Yemen, Nasir al-Wuhayshi, in a US drone strike. Wuhayshi was also Al-Qaeda’s global second-in-command.

AQAP was behind several plots against Western targets and claimed the January massacre at French satirical magazine Charlie Hebdo.