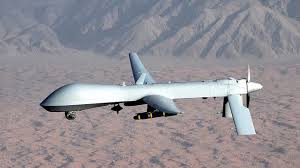 A drone strike killed five suspected al Qaeda militants as they sat down for a meal on the waterfront of the southern Yemeni city of Mukalla on Tuesday, residents said to Reuters.

The United States has acknowledged using drones in Yemen against Al Qaeda in the Arabian Peninsula (AQAP), regarded as one of the most active branches of the Sunni Mulslim mlitant network founded by Osama Bin Laden.

But it does not comment on individual attacks and it was not immediately clear where the drones could have come from.

Washington withdrew its military personnel and pulled out of the al-Anad military base it was using in Yemen last month, as Iran-allied Shi’ite Muslim Houthi fighters advanced, plunging the impoverished country further into chaos.