You are here: Home / MidEastGulf / Dozens of Iraqi, Turkish businessmen ‘directly involved’ in funding $2B to ISIS 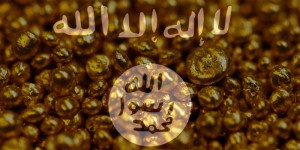 A senior political figure in Turkey has accused some businessmen in his country of funding the Islamic State group. The veteran politicians said some Iraqi businessmen are “directly involved” in the process as well.

According to Mehmet Ali Ediboglu, some Turkish and Iraqi businessmen are buying oil from ISIS in the black market, financing the militant organization. The former deputy of the opposition of the Republican People’s Party in Hatay province has explained how ISIS manages to secure a huge amount of money.

According to Huff Post, ISIS gets funded by rich people from Qatar, Kuwait and Saudi Arabia even though the governments have either significantly reduced or completely stopped funding anti-Shia political and military movements. Leaders of such countries failed to take any measure to stop their citizens from financing the militant forces.

Ediboglu said that some people close to Masoud Barzani, the president of the Iraqi Kurdistan Region, and some Turkish businessmen were selling oil from Syrian oil fields together with ISIS.

“There is evidence that the oil revenues amounted to $800 million, later this amount increased to 1-2 billion dollars,” Sputnik News quoted Ediboglu as saying. “There is information that 27 Turkish and Iraqi businessmen are directly involved in this trade.”

The former MP said it was likely that the United Nations had provided the names of the people involved to Turkish and Iraqi officials. According to Ediboglu, the Iraqi government has taken some measures against it. Syria will also be able take similar steps once it has greater hold on to the country with the help of Russia.

“If Russia continues its active operation and together with these airstrikes and ground attacks, these militants will suffer their final defeat,” he said. “I suppose that in the next few months, the Syrian government will be able to establish its influence in the large parts of the country.”