You are here: Home / Mediterranean / Despite gains against ISIS, Libya faces misfortunes 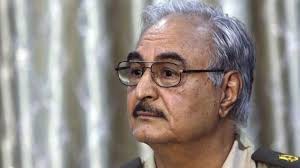 Even as Libya is tossed as a political football during United States presidential candidates’ debates, ground-level complications are increasing in Benghazi and beyond despite recent blows to ISIS and a tentative return to oil exports.

In Ganfouda, a southwestern suburb of Benghazi, the Libyan National Army (LNA), commanded by Gen. Khalifa Haftar, asserts it is clearing out the last stronghold of al-Qaida-affiliated militants, while the United Nations cautions against harming innocent civilians in the neighborhood.

“We support the fight against terrorist organizations as identified by relevant Security Council resolutions,” said Martin Kobler, the U.N. Secretary General’s Libya envoy, “but such a fight should be conducted in line with international law.”

Haftar’s proposed evacuation plan defines women, children and the elderly as the only civilians remaining in Ganfouda and designates all males in the neighborhood as “fighters” who must be surrendered.

“There might be Turkish, Qatari, Berber and African ‘families’ in there,” said Ahmed Al-Masmari, a LNA spokesman. “And they are terrorists.”

In addition to pounding Ganfouda, Haftar’s forces have captured oil facilities along the coast and even made a push for the eastern fringes of Sirte, birthplace of former leader Muammar Gadhafi and, until recently, the main ISIS beachhead in Libya.

After Haftar’s deployment was initially condemned by Western nations in September, his ability to secure the facilities and agreement to transfer proceeds to the country’s central bank has resulted in a 100 percent rise in exports, according to National Oil Co. chairman Mustafa Sanalla.

The “Solid Structure” militia, aligned with the Government of National Accord (GNA), is now vying with the Tobruk-based Libyan National Army over which force will take credit for the final blow against ISIS in Sirte.

The Haftar-affiliated Libyan Forces’ Press Service says it killed 80 Islamic State jihadists in the city of Sirte this week as its troops closed in from the coastal road to Benghazi.
Egypt and the United Arab Emirates are militarily backing Haftar while providing political support to the Tobruk-based elected parliament in eastern Libya, which they see as a counterweight to an Islamist orientation inside the U.N.-supported GNA.

“Haftar’s seizure of the oil ports was a strategic response to the GNA’s gains against Islamic State,” said Ziad Akl, a researcher at Cairo’s Al-Ahram Center for Political and Strategic Studies.

As the two main factions struggle for dominance on land, more than five European navies have imposed a sea cordon off Libya’s coast with the aim of stopping the flow of migrants from sub-Saharan Africa who have benefited from the lack of effective border controls. The International Migrants Organization says the effort has rescued more than 12,000 Africans from dangerous boats on the Mediterranean this year.

European Union member states Austria and Hungary have proposed paying Libya to establish “migrant cities” to prevent their arrival on the continent.

“The crisis in our country makes these proposals unrealistic,” said Libyan Foreign Minister Mohamed Taher Siala, alleging that handling hundreds of thousands of African asylum-seekers is beyond the capacity of his government.

Siala points to the reality in Libya’s capital city. Lawlessness and a breakdown in public services mark daily life in Tripoli, with residents suffering from nine-hour power outages while witnessing an escalation of politically motivated kidnappings and factional turf wars between militias.

“Clashes in Tripoli are a clear sign that GNA’s interim security arrangements have failed to deliver and militias continue to rule here,” said Mohamed Eljarh, a Libya analyst for the Atlantic Council’s Rafik Harri Center.

Six months after a highly publicized return to the capital, the GNA now holds its deliberations in Tunis with members of its executive body citing logistical issues and security considerations as obstacles to meeting in any Libyan city. At a recent meeting of the nine-man Presidential Council, its leader Fayez al-Sarraj acknowledged that the GNA’s ability to project power is compromised by its failure to operate in Tripoli.

“The current political standing will not accept the GNA’s presence abroad any further,” Sarraj said.

The GNA leader’s assessment is underscored by a report issued by the World Bank, where officials are still looking at how to structure a loan to rebuild Libyan civil society.

“The Libyan economy is near collapse as political stalemate and civil conflict prevent it from fully exploiting its sole natural resource: oil,” warned the global lender. “The country needs humanitarian aid and specific programs to address the destruction and lack of basic services that a large part of the population faces.”

Zahi Mogherbi, a retired Benghazi University political science professor, agrees with the grim description of Libya’s turmoil but says foreign diplomats and international agencies are worsening the problem by trying to impose solutions.

‘‘There are differences in priorities between what Libyans want and what the international community wants,” Mogherbi said. “They [outside players] prioritize fighting ISIS and illegal migration rather than issues such as general insecurity, kidnapping, high crime and the militia control over Libyan society.”