You are here: Home / Senza categoria / Despite common aims, Russia and US clash on how to fight Daesh 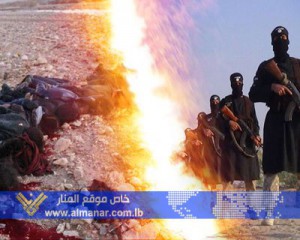 In spite of their common objective of ridding the Middle East of Daesh militants, Russia and the United States have been unable to get past the many issues that divide them to join forces against the extremists.

Russian Foreign Minister Sergei Lavrov and US Secretary of State John F. Kerry have met twice in the past three days in venues as far-flung as Qatar and Malaysia in failed efforts to persuade each other to relent on the issues that divide their countries.

Those foreign policy pitfalls include the fiercely conflicting views in Moscow and Washington on who is responsible for the deadly separatist battle in eastern Ukraine, on the need to oust Syrian President Bashar Al Assad to end his country’s 4-year-old civil war, and on Kremlin-allied Iran’s role in numerous Middle East clashes.

Russia has sought to take the lead in brokering peace in Syria in recent weeks, with President Vladimir Putin proposing during a June meeting with Saudi Arabia’s crown prince and defence minister to form a broad “anti-terror front” that would unite the disparate forces and nations now independently battling piecemeal enclaves of Daesh warriors.

On Wednesday, the Russian Foreign Ministry announced that it had invited Syria’s main opposition group to Moscow for talks and that Syrian National Coalition leader Badr Jamus had accepted the invitation. Jamus’ pledge to organise a visit as soon as possible signalled a shift in Syrian rebel strategy, as they have long rebuffed the Kremlin in protest of its steadfast support and arms supply for Al Assad’s forces.

It remained unclear what led to the Syrian rebels’ change of heart. Fatigue and frustration could be factors, as opposition forces fighting Al Assad have fractured and aligned with foreign militias that have competing agendas, including Daesh and the Al Qaida-affiliated Nusra Front. The war has killed more than 250,000, by the United Nations’ estimate, and has driven 4 million Syrians into foreign refuge.

The Syrian National Coalition may be motivated to hear what Moscow officials have to say because of whispers emanating from Turkey and elsewhere that Putin may be more amenable now than he was at the start of his ally’s civil war to see a government of national unity replace Al Assad as an element of a peace plan.

Turkish President Recep Tayyip Erdogan told journalists Monday that he sensed during a June meeting with Putin that the Kremlin leader was ready to compromise on Al Assad’s future as Syrian leader.

“Putin’s current attitude toward Syria is more encouraging than before,” Erdogan was quoted as saying by the Daily Sabah. “He is no longer of the opinion that Russia will support Al Assad to the end. I believe he can give up Al Assad.”

Turkey in late July reversed course in the Syria crisis by opening its airbases to US-led coalition warplanes waging air strikes against Daesh fighters occupying huge expanses of Syrian and Iraqi territory. Ankara also joined the air campaign for the first time after a deadly July 20 attack on the southern Turkish town of Suruc that security officials blamed on the Daesh group.

Lavrov, however, told journalists after his meeting with Kerry in the Qatari capital of Doha on Monday that Russia’s overtures to Syrian opposition forces didn’t signal a shift in the Kremlin’s alliance with Al Assad.

He also slammed the Obama administration’s change in policy in Syria, where US air power is now committed to protecting rebel forces that the United States has trained and equipped. That includes protecting them from attack by Al Assad’s forces.

Russia’s top diplomat called the expanding US combat role in Syria “counterproductive” after the first US air strikes on Daesh positions in Syria from Turkish airbases last week.

In Kuala Lumpur, Malaysia, on Wednesday, after his second meeting with Kerry, Lavrov blamed Washington for the failure of Russia and the United States to collaborate on a united front against Daesh. He said the US was attempting to force its political will and values on independent countries that resist that ideological transplant.

“Whenever you start expanding your ideology not by persuasion but by force, you create so many risks and so many dangers _ be it the promotion of communism like the Soviet Union used to do, be it the promotion of democracy in spite of all the cultural differences and ignoring the traditions and values,” Lavrov said in an interview with Channel News Asia. “You cannot impose your will upon others by force.”

Lavrov told Russian state television covering the Association of Southeast Asian Nations meeting in the Malaysian capital that his meeting with Kerry had failed to produce “a joint approach on how specifically we can do it given the standoff between various players on the ground.”