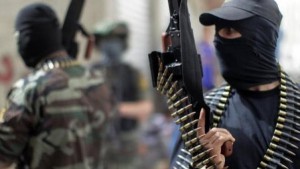 A Sharia court set up by the Shoura Council of Mujehideen in Derna (SCMD) has sentenced six members of the Islamic State (IS) to death for their alleged involvement in a number of killings and attacks in the town.

They were found guilty of the murder of two female members of the Harir Al-Mansouri family, sisters Zakia and Naima, who were killed with other members of the family last April, as well as of the killing of Sheikh Faraj Al-Huti and a colleague, referred to simply as Sheikh Nasser. They were also found guilty of bombings, kidnappings and an attack on a shop.

It is not known if the executions have already been carried out.