You are here: Home / Europe / Denmark to send troops, jets to fight Daesh in Syria 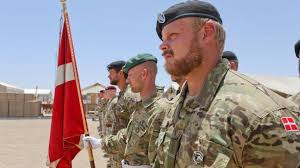 Reuters reports that Denmark is moving to send an active military to fight Daesh in Syria.

The Danish government is working on a proposal that will send ground troops, pilots, and support staff. Support for the proposal came from a cross-party committee meeting, and the parliament could vote on the proposal within a week.

According to Reuters, Denmark previously contributed seven jets to US-coalition airstrikes in Iraq in 2014. Denmark pulled the jets for maintenance in 2015, but the country plans on putting them back in action soon.

If the proposal passes, this will be Denmark’s first active intervention in Syria.