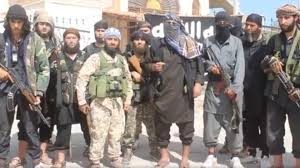 Amid concerns over returning fighters travelling to Europe from the conflict in Syria, the Danish government has announced plans to revoke citizenship from those who have taken up arms and joined terrorist groups in the Middle East.

Prime Minister Mette Frederiksen said in a statement: “These are people who have turned their backs on Denmark and fought with violence against our democracy and freedom. They pose a threat to our security. They are unwanted in Denmark.

Kurdish forces in Syria are currently holding an estimated 2,000 ISIS militants who have European passports. The Danish government believes that at least 158 Danish citizens have joined forces with Islamist groups in Iraq and Syria since 2012.

At least 27 are believed to still be in the conflict zone and 12 have been imprisoned by the Kurds.

“There is a risk that the Kurdish-controlled IS-camps in the border area will collapse and that foreign warriors with Danish citizenship will move toward Denmark,” said Frederiksen on Monday.

The new law would allow the government to remove citizenship for fighters who have dual citizenship without a court order. However, the legislation would not apply to those who only have Danish citizenship. Other European countries are said to be considering similar proposals, fearing prisoners released in the Syrian conflict may return to Europe to commit acts of terrorism.

The United Kingdom has already stripped citizenship from dozens of fighters who travelled to Islamic State-controlled territory to support the terrorist group, with as many as two individuals a week having their passports revoked during 2018. Some have been higher-profile cases than others, with self-confessed “enemy of Britain” ‘Jihadi Jack’ losing his citizenship this year.

More controversial was “no regrets” Jihadi bride Shamima Begum, who enjoyed the support of several UK newspapers that argued the government’s decision to remove her citizenship would be inhumane. The young woman, who was reported to have worked as a sharia enforcer for the ISIS administration cooly described seeing a decapitated head and feeling no remorse for the killing because she believed the man had been anti-Muslim.

Responding to the decision by then-home secretary Sajid Javid to revoke her citizenship, Begum said it was “a bit unjust”. The case illustrated the difficulty of revoking dual citizenship status, however, as Bangladesh also renounced its claim on her, leaving the Jihadist potentially stateless.

The law comes in the wake of news that Denmark will enact permanent border controls with Sweden due to rising gang violence and bombings in the Scandinavian country.

In June, the Danish Justice Minister Søren Pape Poulsen admitted that Denmark has a “big problem” with migrant criminals and that the government must make the process of deportation easier.