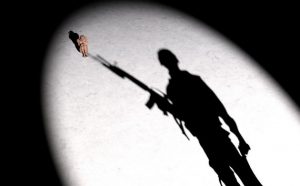 The Danish foreign ministry has announced that it is to provide over seven million Danish kroner ($1 million) to a UN team collecting evidence of war crimes in Syria.

In a statement, the ministry said that it would be contributing 7.65 million kroner ($1.01 million) to a new UN team that aims to ensure prosecution of human rights abuses, war crimes and crimes against humanity carried out during the now six-year-old Syrian conflict, like reported by thelocal.dk.

“Denmark’s position is clear: Those that are guilty of serious human rights abuses in Syria must be face responsibility for their actions. With this new UN initiative, we are sending a clear signal – not least to the Syrian regime – that such crimes do not go unpunished,” Foreign Minister Anders Samuelsen said in a statement.

“This initiative is a supplement to the stabilisation effort that Denmark announced last year,” the minister continued, referring to last April’s announcement of an increase in Denmark’s contribution of special forces and transport aircraft as well as stabilisation initiatives to be deployed against the Islamic State group.

Denmark also deployed fighter jets in Syria as part of a US-led coalition last year, before later pulling them out.

The new UN team was established by a General Assembly resolution in December 2016. The primary goal of the team is to “collect, consolidate, preserve and analyse evidence” against human rights abuses committed in Syria, with a long-term aim of using collected material in future international criminal prosecutions.

The ministry said that its contribution to the UN funding would complement the stabilisation projects it is already carrying out in Syria and Iraq, particularly in relation to dialogue and peacebuilding.

The Danish government has set aside 332.5 million kroner ($44.4 million) for stabilisation projects in Iraq and Syria from 2016-18.