You are here: Home / Europe / Denmark sending radar equipment to the fight against the Islamic State 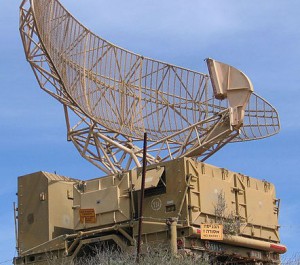 Danish radar equipment along with a 30-man team is being sent to assist with efforts to monitor the airspace over western Iraq and eastern Syria as part of the effort to fight Islamic State.

The radar contribution is intended as a replacement for Danish F-16 fighter jets that returned last month after a year in battle in which they dropped more than 500 bombs against the IS.

Still in the fight
In addition to the new radar efforts, Denmark will continue its current efforts to train Iraqi soldiers to fight on the ground.

“Although the fight against IS will be long and hard, our efforts have made a difference,” Kristian Jensen, the foreign minister, told TV2. “The situation continues to demand our attention.”

Jensen said the coalition fighting IS has long been in need of mobile radar capability to support air strikes against IS in both Iraq and Syria.

Enhedslisten opposed
Enhedslisten was opposed to sending the radar equipment, and the party’s foreign affairs spokesperson, Nicholas Villumsen, warned that Danish radar contributions might end up unwittingly providing critical information to the theocracy in Iran or to Syrian dictator Bashar al-Assad.

“We know that the Iraqi government is a close ally of the Iranian theocracy, which is closely allied with Assad,” said Villumsen. “The defence minster may have no idea where the Danish radar contribution to the fight against Islamic State might be used.”

The defence minister, Peter Christensen, said those fears were unfounded.

“The material collected is sent to the US control and warning centre and is used along with contributions from others to create a complete picture,’ said Christensen.

“The Americans have special procedures in place to ensure that data does not spread outside the coalition.”