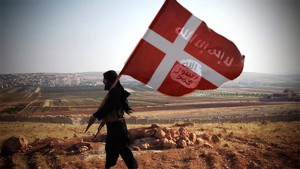 There is something rotten in the state of Denmark. The Danish government paid 32 jihadists over 400,000 Danish Krone ($59,734.48) in unemployment benefits while they fought with the Islamic State (ISIS/ISIL) in Syria.

“STAR [Danish Agency for Labour Market and Recruitment] has thus far received information pertaining to 32 people who, according to PET’s [Danish Security and Intelligence Service] information, have gone abroad in relation to the conflict in Syria while at the same time receiving social benefits in the form of kontanthjælp and dagpenge [two types of unemployment benefits, ed.],” stated one document.

Denmark is well-known for its welfare benefits. Those on dagpenge receive 801 kroner ($122) a day, while those on Kontanthjælp receive much more. The private unemployment companies must “require repayments of benefits given to individuals who are not available to the Danish labour market and to report suspicion of welfare fraud to the police.” However, only one of the 32 cases was reported to authorities.

“There has been a lot of talk about how serious it is, but when it comes to the practical consequences we can see that nobody does anything,” said Peter Skaarup of the Danish People’s Party. “I think that every single case should be turned over to the police immediately because you are not available to the job market when you are in the midst of Syria’s civil war and if we are to send a signal that we won’t accept these Syrian fighters going down there, we need to put more consequences in place.”

Belgium and Denmark are home to the most jihadists in Europe. Unlike other countries, Denmark takes a nurturing hand towards their jihadists. In October, media outlets revealed the jihadists are “warmly welcomed home by the psychiatrists.” The doctors hope to reintegrate the jihadists. Jobs was a main talking point.

“Our main principle is inclusion,” explained psychology professor Preben Bertelesen. “What motivates these young people is not that far from the motivation the rest of us have: a decent life. For them, joining Isis is fighting for utopia, fighting for a place where they’re wanted. We’re not stigmatising them or excluding them. Instead, we tell them that we can help them get an education, get a job, re-enter society.”

“We’re killing a lot of them, and we’re going to keep killing more of them. … But we cannot win this war by killing them,” she told Chris Matthews. “We need … to go after the root causes that leads people to join these groups, whether it’s lack of opportunity for jobs, whether –”

Matthews interrupted her to point out that there “will always be poor people” and “poor Muslims.”

But in January, Justice Minister Mette Frederiksen said she wants those Danish citizens who fight with ISIS and other terrorist groups charged with treason.

“If one travels from Denmark and joins the Islamic State and fights against Danish soldiers, then I think that you have committed treason,” she declared. “I want to ensure that the legality is in order, but that is my clear political signal.”