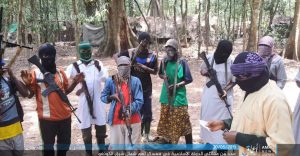 Islamic terrorists are launching violent attacks against people in the Democratic Republic of Congo (DRC) in Central Africa as innocent men, women, and children are being killed almost daily. In the past month, more than 100 people were murdered, and a majority of them were reportedly Christians, like reported by cbn.com

Open Doors. reports that around 46 people belonging to the Pygmy ethnic group were killed on Jan. 14 by extremists who are believed to be associated with the Allied Democratic Forces.

Members of this ethnic group face widespread persecution and discrimination.

And on Jan. 4, close to 22 civilians were killed during a raid on the village of Mwenda, in the Beni region. Before that, Allied Democratic Forces killed 25 people in the village of Tingwe, then used guns and machetes to brutally murder 17 nearby villagers.

“It is a reminder of what is happening in other parts of the central Sahel region – groups like Boko Haram in northeast Nigeria, for example. The ideology, the agenda of establishing a ‘caliphate’ in the region, and the way they operate is the same, and we can see how they afflict terrible suffering on innocent people,” Djadi said.

According to Open Doors, Allied Democratic Forces (ADF) formed in 1996 in western Uganda with the purpose of establishing an Islamic state. It’s only one of the many terrorist groups that persecute people across the eastern provinces of DRC.

“We need to pay attention to these events because what is happening in eastern DRC, the killing of innocent civilians on an almost daily basis, is an underreported tragedy,” said Djadi. “We want to raise the alarm and we urgently call on the national government and the international community to do everything they can to protect innocent lives and to restore peace in this troubled region.”

In 2019, the Congolese army initiated a large-scale effort to take down ADF but the terrorists left their camps, broke off into smaller groups, and waged war against civilians.

Al Jazeera reported last October that 21 people were killed in the DRC, 15 of them women, at the hands of ADF.

And that same month, the militants killed 19 people in the village of Baeti, set fire to the village’s church, and burnt down 40 homes.

“During the month of October, the ADF has targeted Christian churches. This is not insignificant,” said local resident Omar Kavota.

DRC ranked 40th on the Open Doors World Watch List 2021 of countries where Christians suffer the most persecution.