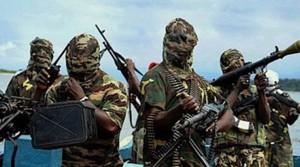 Boko Haram is growing and threatening to spread further eastwards from Nigeria as far as the Central African Republic (CAR), despite heightened efforts by the Nigerian military and a regional task force, the top United Nations aid official in Cameroon told Reuters.

The Nigerian-founded organization—recently ranked as the world’s deadliest militant group—has expanded operations in the neighboring countries in recent months, including Cameroon, Chad and Niger.

However, Najat Rochdi, UN Resident Coordinator in Cameroon, said that the militant group continues to carry out almost daily suicide-bombing attacks in the region, such as the blast at a Shiite procession in Nigeria’s Kano state on Friday that killed scores of pilgrims.

Rochdi added that Boko Haram has made significant inroads into Cameroon and raised concerns that it would continue expanding eastwards towards the conflict-ridden CAR.

‘It looks like they are trying to break through inside [Cameroon] but also towards the borders in the east, the borders with Central African Republic.’

Boko Haram—which pledged allegiance to Daesh (the ISIL) in March—was responsible for 6,664 deaths in 2014, according to the Global Terrorism Index 2015 produced by the Institute of Economics and Peace at the University of Maryland.

The group has launched a spate of attacks in northern Cameroon in recent months, and Rochdi warned that the insurgency could impact Cameroon’s economy and radicalize disaffected young people, who could end up joining the militant group.