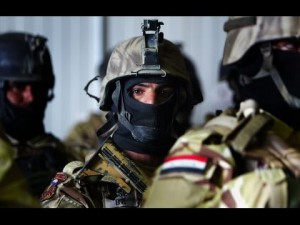 Defense Ministry announced that Anbar Operations Command was able to cleanse a number of areas in the province, indicating to the death of more than 350 “terrorists” and the bombing of more than 30 car bombs.

The ministry said in a statement followed by IraqiNews.com, ” Anbar Operations Command, backed by Iraqi Army Air Force, managed  to achieve a great victory through cleansing areas extended from Thar Lake to al-Jaraychi area to the Euphrates River from the northern side. ”

The statement added that “Anbar Operations Command has killed more than 350 terrorists and detonated more than 30 booby-trapped vehicles carrying weapons, as well as dismantling 700 explosive devices and a number of booby-trapped houses,” noting that “the operations are still continuing. “