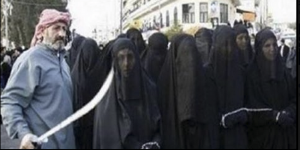 A survey of defectors from Islamic State of Iraq and Syria (ISIS) group has found many quit the organization because they felt it was too brutal or corrupt, or because it made war too frequently against other Sunni Muslims.

The survey, issued Monday by a London-based research center, relied on the public statements of 58 people known to have left ISIS since last year.

Peter Neumann, director of the International Center for the Study of Radicalization and Political Violence and the report’s author, told Associated Press its findings shatter the image of unity and determination that ISIS seeks to portray.

The defectors surveyed, Neumann said, constitute just a “small fraction” of the growing number of fighters who have turned against ISIS. If given wide circulation, he said, the defectors’ complaints could deter future recruits from joining the militant group, which has seized large swaths of territory in Syria and Iraq and become notorious for mass killings, beheadings and abductions.

The survey found common narratives among defectors, including disappointment that life under ISIS is excessively harsh and that it commits atrocities against other Sunni Muslims.

And, though the organization in June 2014 formally proclaimed the establishment of a caliphate, or a state governed in accordance with Islamic law, some defectors accused it of being corrupt or un-Islamic.

Defectors also complained that ISIS is more interested in fighting fellow Sunnis than the government of Syrian President Bashar Al-Assad.

Some of the former fighters complained of being victims of racism, or that their experiences with ISIS failed to meet their expectations of action and heroism. Some complained they did not get the cars or luxury goods they were promised, or that as foreign fighters, they were exploited as cannon fodder.