You are here: Home / Europe / Debate must start NOW to send in ground troops to fight Islamic State 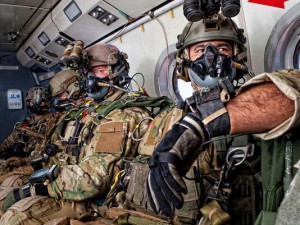 The UK must confront IS in Syria and Iraq by putting fighting troops on the ground. To do anything else will enable radical Islam to continue marching on through North Africa and potentially into southern Europe and the Balkans – the historic high water mark of Islam in the 14th and 15th centuries.

That is the chilling analysis of former UK army chief Lord Dannatt. Writing in today’s Mail on Sunday he also warned that “the United States might think it enjoys the security of the Atlantic between itself and where IS wants to expand, it cannot forget the domestic terrorist threat.”

Dannatt’s call acknowledges that such a deployment would be costly in terms of blood and treasure however difficult judgements must be made. He wants a public debate on the matter and he says it should start now. Here is an excerpt from his argument in the Mail:

“I am no gung-ho general who says ‘just send the boys in and don’t worry about the body-bags’, far from it, but faced with such a lethal and uncompromising enemy as IS – and with the lack of political and diplomatic solutions at our disposal – we can no longer afford to rule out ‘boots on the ground’.

“What I am calling for today is for a public and political debate to begin immediately, so that the arguments for and against the deployment of Western ground forces can be aired.

“It must start now because already so much precious time has been lost – in particular because of the General Election, in the run-up to which the incumbent Prime Minister and leaders of the other major parties adopted the mantra that wars are simply too politically toxic to be discussed.

“An opportunity to generate public support for a fully-fledged military intervention was lost, so we have got to start talking about and planning for a potential deployment now. Planning is one thing, a decision to commit is another, and could come later.”

Dannatt concluded by saying that he did not have all the answers. He simply wants an open, honest public debate, writing: “To those who would be wholly opposed to such a deployment, I would say do we really want to do nothing and simply watch what happens?”