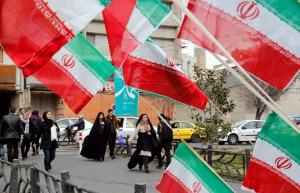 The text of a deal between Iran and six world powers (five permanent UN Security Council members and Germany) has been worked out at around 90%, Russian Deputy Foreign Minister Sergey Ryabkov told TASS on Thursday.

“I think it is around 90%,” Ryabkov said ahead of flying to Vienna for a final round of talks. “But this concerns the amount of the text, not the importance of the issues,” the diplomat said.

The document is to set new temporary restrictions and a mechanism for re-imposing the sanctions in case Tehran fails to fulfil its liabilities. The agreement is supposed to be endorsed by a U.N. Security Council resolution that is to call for the implementation of all agreements and cancel the Council’s previous resolutions.