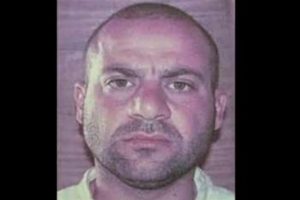 Western intelligence agencies have reportedly confirmed that a non-Arab is now leading the Islamic State for the first time in the organization’s history. Rumors of a new leader of the group began to circulate just hours after American forces killed its self-styled Caliph, Abu Bakr al-Baghdadi. On October 27, 2019, Newsweek magazine reported that the militant group, which is also known as the Islamic State of Iraq and Syria (ISIS), had appointed a man known as Abdullah Qardash (pictured) at its helm. According to the magazine, Qardash’s name was sometimes spelled in English as Karshesh. Additionally, he was sometimes referred to by his ISIS moniker, Hajji Abdullah al-Afari.

However, the names reported by Newsweek were not immediately recognizable to Western intelligence officials and other experts who monitor the Islamic State. But now British newspaper The Guardian reports that Western intelligence services have concluded that the man referred to as “Abdullah Qardash” in October is indeed the new leader of ISIS. The paper said on Monday that the new ISIS leader’s birth name is Amir Mohammed Abdul Rahman al-Mawli al-Salbi. He is allegedly not an Arab, but rather an Iraqi Turkman whose family comes from Tal Afar, a northwestern Iraqi city that is close to the borders of Syria and Turkey. In fact, al-Salbi is reported to have a brother in Turkey, who is a prominent member of an ethic political grouping called the Turkmen Iraqi Front.

Al-Salbi, who was allegedly appointed as leader of ISIS just hours after al-Baghdadi’s demise, is believed to be the first non-Arab to ever lead the militant group. Like most of ISIS’ original founders, al-Salbi is believed to have met Baghdadi in 2004 in Camp Bucca, an American-administered prison in Umm Qasr. Similarly to al-Baghadi, al-Salbi’s background is in Islamic education —something that enabled him to quickly rise in the ranks of ISIS ideologues and command significant influence. By 2018, al-Salbi had become a central decision-maker within the group, and was able to shape its activities and policies within its territory in the Middle East and beyond. The Guardian article concludes that al-Salbi is “a hardened veteran in the same vein as al-Baghdadi”, which implies that no major changes in the Islamic State’s strategy are expected to take place under his leadership.