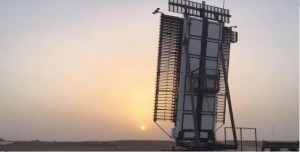 The Danish government has decided to extend the deployment of mobile radar as part of the coalition’s ongoing struggle against the jihadist organisation Islamic State in Iraq.

Defence minister Peter Christensen contended that the radar unit has played an important role in Iraq and said deployment will continue until the beginning of 2018.

“While the radar unit has been deployed, it has controlled over 16,000 aircraft, much to the benefit of the coalition’s overall air operations,” said Christensen.

“It shows that, once again, Denmark contributes and our soldiers are ready to deliver when called upon. We owe them a huge thanks for that.”

30 grunts, 400 clicks
Since the radar was deployed back in January 2016, it has been based at the Al Asadi Air Base in Iraq and the Al Dhafra Air Base in the United Arab Emirates.

About 30 people have been deployed as part of the radar unit, which has a range of over 400km.

Aside from the radar unit, Denmark will also continue to be one of the bigger contributors on behalf of the coalition’s civil efforts.